Why is illegal wildlife trade thriving and what can one do to discourage it?

Illegal wildlife trade is estimated to be worth billions of dollars. However, not all wildlife trade is illegal. Wild plants and animals from thousands of species are harvested from the wild and then sold legitimately as food, pets, ornamental plants, leather, tourist ornaments, and medicine. Wildlife trade becomes a threat to wildlife conservation when an increasing proportion is illegal and unsustainable. VETPAW shares some insights on why the illegal wildlife trade occurs and what everyone can do to prevent it. 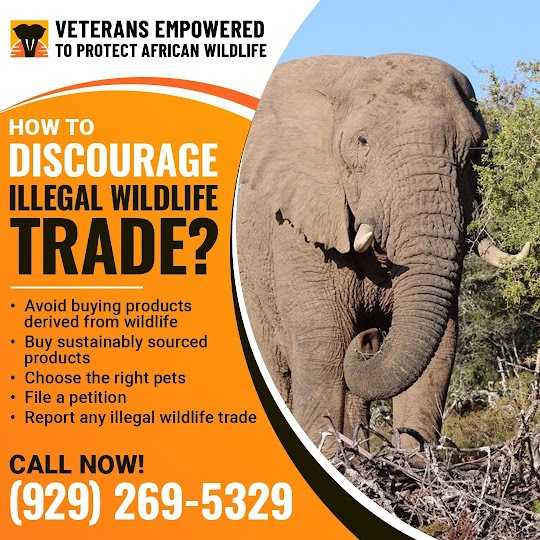 What enables this illegal trade?

The relatively low consequences of poaching have failed to discourage the practice. Corruption, toothless laws, weak judicial systems, and light sentences allow criminal networks to keep poaching wildlife. The leniency of the legal system is especially a problem in African countries, however, South Africa has declared illegal wildlife trade as a national priority.

Rhino horn, elephant ivory, and tiger products continue to command high prices, especially in Asia. These illegally traded items fetch a huge price in the European markets, encouraging the poaching practice further. In 2014, the price of a whole rhino horn in the black market was approximately $30,000 per pound, with several reports suggesting a price of as much as $50,000 per pound.

With a combination of lenient laws and the lucrative nature of wildlife trading, this business continues to thrive.

Since there are millions of species for which international trade is unregulated, these are traded legally internationally even if it violates the national laws. Additionally, studies show that thousands of protected wildlife products receive permits through forgery, fraud, or corruption.

The application and utility of the wildlife trade are diverse, ranging from usage in medicines, carpets, rugs to clothes. Therefore it becomes tough to tackle this trade on a big scale. The demand for a wildlife product in the country of origin may be negligent but may be in high demand in another country. Since there would be no laws governing the wildlife product trade in the native country, the practice continues leading to slow but certain extinction of the species.

How to discourage it?

While traveling or shopping, as a responsible and conscientious individual one must stick to the following suggestions before making a purchase:

In general, one must avoid buying products derived from wildlife or plants such as feathers from exotic birds, ivory products, tortoise shells, and corals. When in doubt, ask for the source of the items and the legal documents that accompany them.

Stick to products with transparent and ethical supply chains. Before buying any products made from wood confirm that the wood has been harvested ethically and sustainably. The illegal timber trade is worth billions of pounds a year, and this deforestation leads to biodiversity decline and fosters wildlife poaching and trafficking.

Many animals are captured from their natural habitats in large numbers to be sold in pet stores. Populations of certain amphibians, snakes, lizards, tarantulas, beetles, parrots, songbirds, and more, have been and continue to be illegally captured and sold in the pet trade, especially in Europe and the US markets.

Ensure any pet purchase is made from a respected and captive-bred certified stock.

Support organizations that urge governments to invest more efforts to conserve wildlife in their countries. The US has placed strict regulations on the domestic ivory trade but illegal ivory is often sold as antique, skirting these federal restrictions. Some states have placed ivory bans on top of federal law. As a responsible and conscientious citizen, one can contact local lawmakers to create stricter laws against the ivory trade.

There are several platforms and organizations where one can anonymously report any illegal wildlife trade. This effort helps crackdown on illegal trading that has escaped notice and deters these trades in the long run.

Founded in 2013, VETPAW is a non-profit organization and a community of US war veterans dedicated to protecting African wildlife and training local African rangers in the war against poaching. 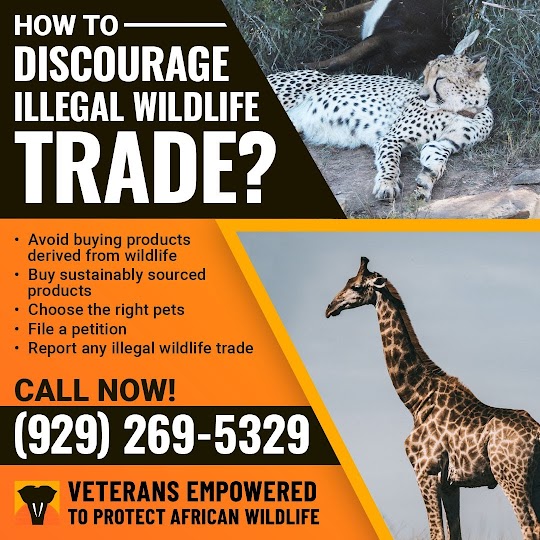 Congress in recent years has expanded disability benefits for veterans exposed to toxic chemicals during fighting in Vietnam, but a pair of lawmakers is pushing…

It’s imminent: After nearly 20 years US to leave Bagram